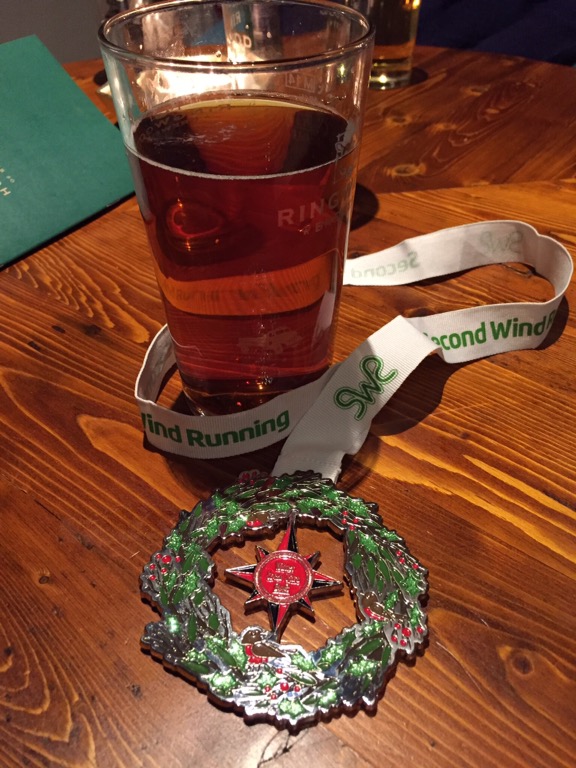 I signed up for this race a while ago thinking it would be a good way to blow away the Christmas food/drink and a nice excuse for a day on the South Downs Way. Nearer the date, a friend, Andy signed up as well as his first ultra.

The night before, I tried to make up for the last few weeks of festivities with lots of water and an attempt at carb loading.Too little too late but worth a try!!!

Race day came along way too soon and the basis of the race is 3 out and backs (North, East and West) from HQ (East Meon Village Hall). For those doing 45 miles there was also a south leg. Main race HQ meant you could leave a bag with spare clothes etc as the weather in December can be predicably unpredictable!

Arrived at the hall about 6:45 in pitch black ready for a 7:15 race briefing and 7:30 start. A nice atmosphere before the race but lots of proper ultra runners! After scouting the buffs and t-shirts people were wearing there was only one end of the filed we would be in!!! (Does anyone else do that and scout what races people have been in????)

The first leg (North) was a straight out and back 9k up the Wickham Whistler path from the start. Mentally this was a just get it done and move on to the bigger sections. Anyway, wondered out to the start where it was a little cold! 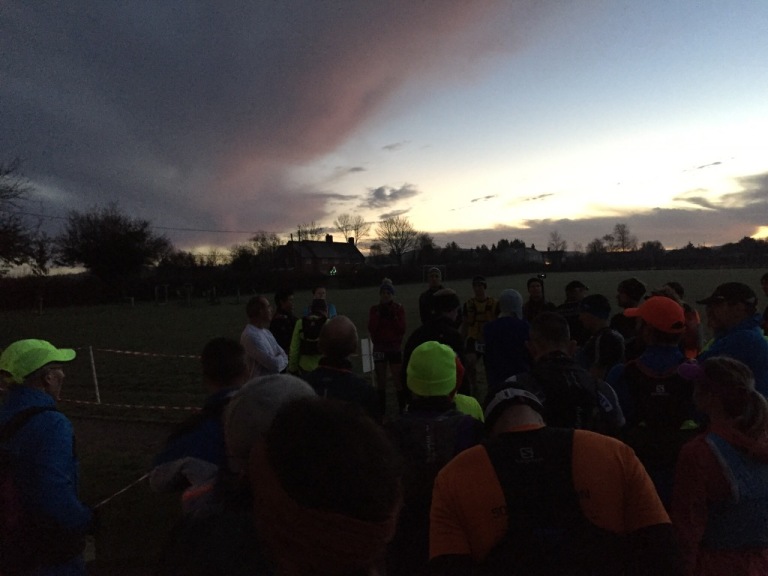 The 9k was pretty uneventful really, more of a wake up to the body and just get it down before getting back to the hall, changing shoes (as there was some swimming to be done), grab the stuff for the next 21k which we had been told might be muddy. In addition, Gemma (my wife) joined us as she wanted to run one leg and we thought that would be the best one to help us through.

The first half of the 21k quite honestly I bl00dy hated it! It was muddy and hilly and my body just decided to give up the ghost. I started cramping in both calves, was struggling to run for 5 minutes and was generally a miserable bugger and in my head I was done. I was going to pull out at the Marshall station and just sack it off as a bad day in the office. My wife was even checking with Andy what had happened to me in the first 9k as I just wasn’t myself at all.

Somehow got to the Marshall point at half way and headed back to HQ. Mentally, this is something I have to find a way of managing as I had basically given up and was just trudging through. I ate God knows how many mince pies at the half way point and I think part of it was quite simply I was hungry!!! Also, we had walked down a hill that on the RAce to the Kings I had really really struggled with walking up and I knew I had to walk back up it on the way back to HQ. It’s hard to explain but you come through this picture perfect village, over a little bridge over a stream, down past a beautiful farm, down a track then a muddy first half of a hill before a steep incline back up to the road. However, this time we got up it relatively easily! (I was 60k into Race to the Kings at the time so I suppose that didn’t help). But, at this point we felt like we were making good progress, mood lifted and we headed for HQ. Some pics taken from the the East leg. 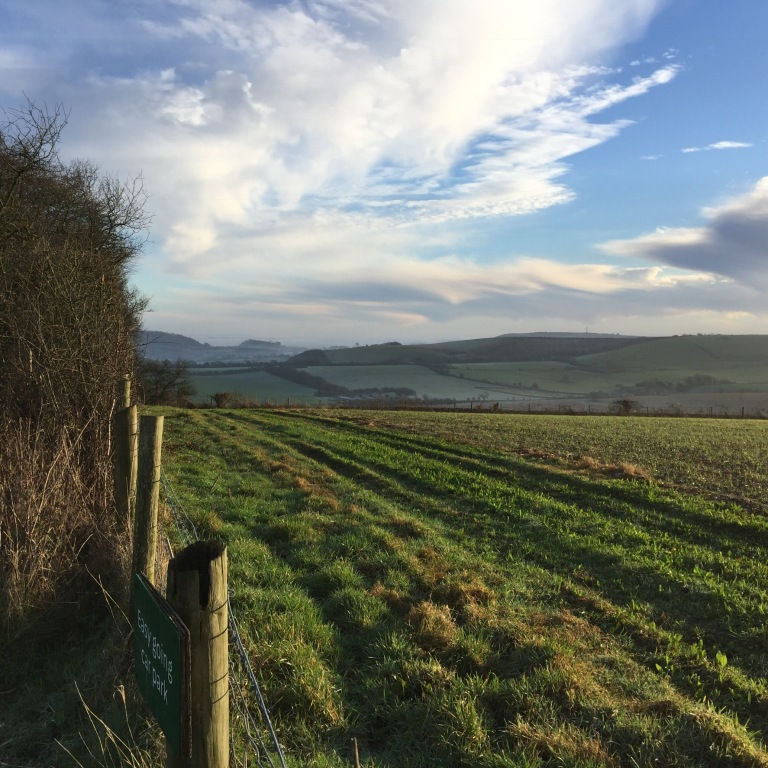 Before we finished the leg, and in Gemma’s words, to help get out spirits up, she properly fell in the mud!!! Turns out she actually hurt herself a bit but we found it very funny…. 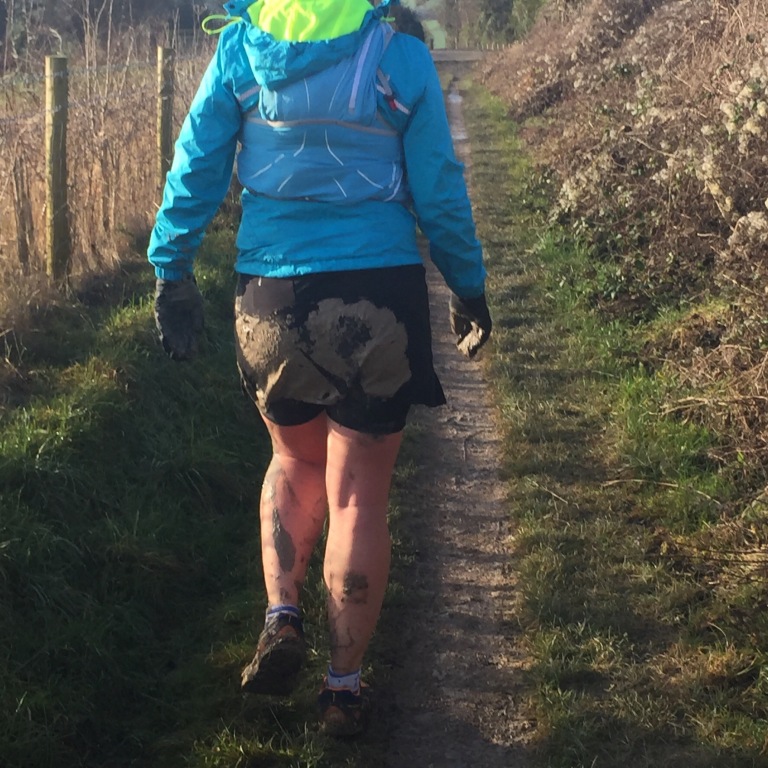 Anyway, back to HQ and with mood lifted, grabbed our stuff, some mince pies and set out of the West leg. 21k including beacon hill (2k incline) + other hills.

Mentally we were in a better place. We knew we were at the back but had worked out our timings to miss the cut off and knew as long as nothing silly happened we should be OK. We marched up the hill and felt pretty good and then basically hit 7k of hills until the checkpoint before heading back along the same route home. Some pics from this leg: 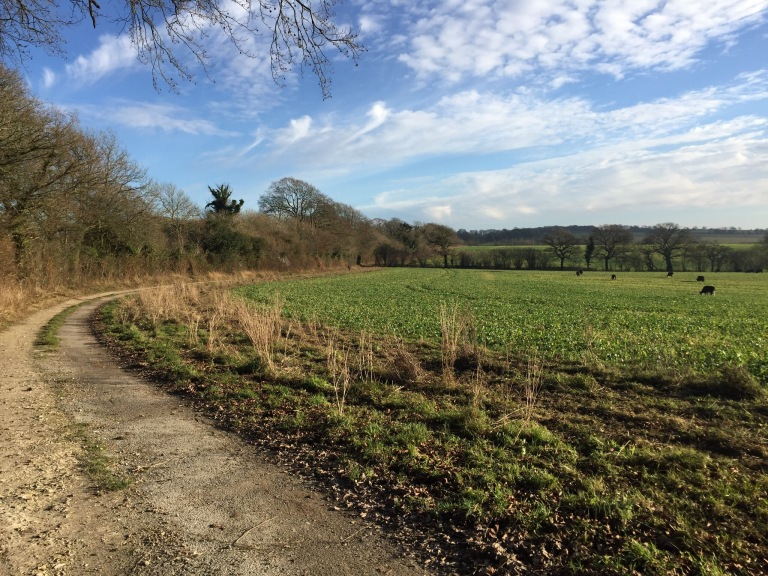 Before we knew it we were walking through the village back to HQ having completed the race.

In terms of race review, personally I’m annoyed at myself and at a crossroads with long runs/events. I either carry on doing what I’m doing or change stuff to make it easier on body and mind. Gemma joining us for a leg was brilliant and a great idea (of hers!). Spending a day in the countryside, 20 minutes from home, lungs bursting with a mate – priceless!!!

As for the race, I can’t recommend it enough. You earn that medal, and what a medal!!! The race organisation is low key but supportive. The signage was more than enough, the marshals chirpy and supportive and the food and water at the checkpoints was basic but not sure you need anything else. The race director Phil was a lovely bloke and chatting with him afterwards it was obvious how passionate he is about the races he organises and he seemed genuinely pleased we’d finished and were pleased with the event. Don’t get me wrong, we got bl00min lucky with the weather cold but very dry and not sure how much fun it would have been in the pouring rain.

In summary, hard hard day in the office, but very proud of what we achieved and would recommend this race to anyone who asked.